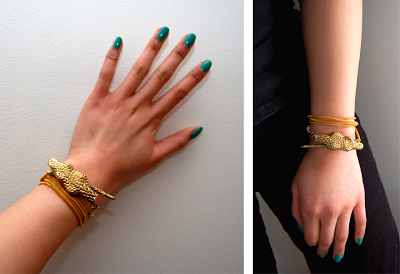 This DIY starts off pretty crazy – but I promise the finished piece is way cooler! You might even have all of the supplies already…except the rubber snake.

If you’re into accessories of any kind, I’m sure you’ve noticed the snake trend going on in rings, bracelets, necklaces, etc. It’s been around for a while, so I kind of wish I thought of this earlier – but it wouldn’t hurt to make it anyway. This bracelet was inspired by the pieces below… 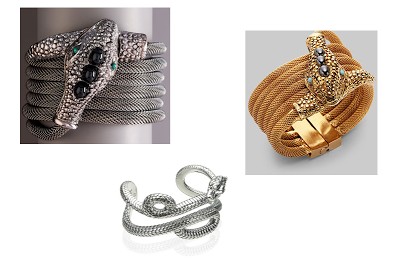 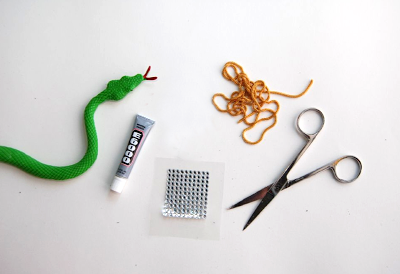 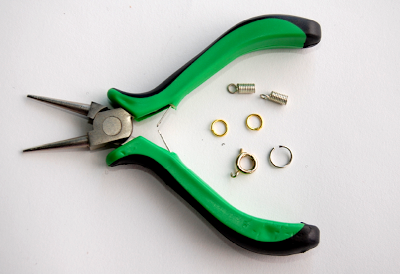 *My bracelet wraps around my wrist 3 times. My wrist measurement is 6.5 inches, and I used roughly 32 inches of chain (or 16 inches when folded in half). Since the snake head overlaps the tail, the entire snake component of the bracelet is 2.25 inches (aka the entire length of the tail) You can use my measurements to adjust accordingly, depending on the measurement of your wrist. 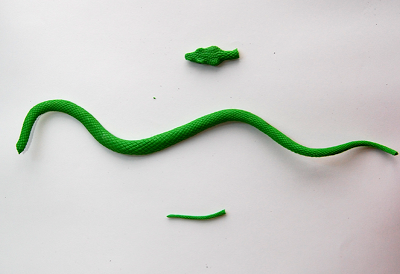 1) Cut off the head (about 2 inches) and tail (about 2.25 inches). I threw away the rest of the snake before I could start feeling bad for an inanimate object. 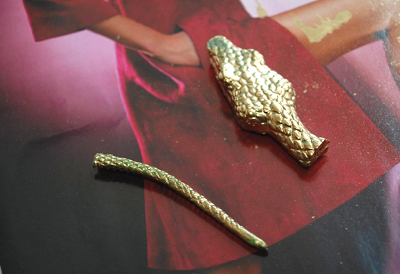 2) Spray paint! You may have to pause in between layers, as it takes a few minutes for the paint to stick to the rubber. Repeat on the reverse side. 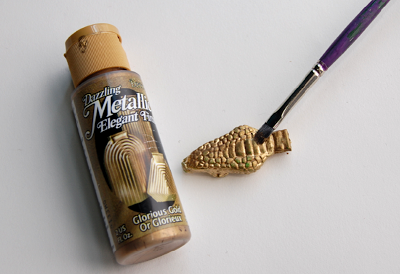 3) When that’s dry, you can touch up any missed spots with acrylic paint, if you’d like. 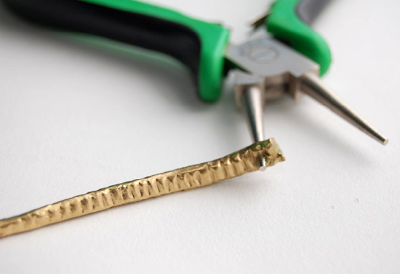 4) Carefully pierce a hole in the tail. I alternated using scissors and pliers. 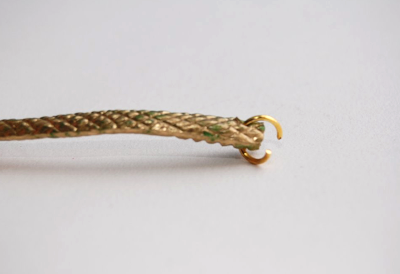 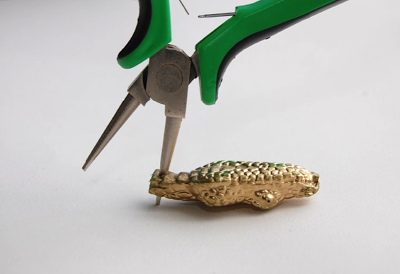 6) Pierce a hole in the base of the head. Keep in mind that you’re going to be putting jump rings through these holes, so don’t make them too far from the edge. 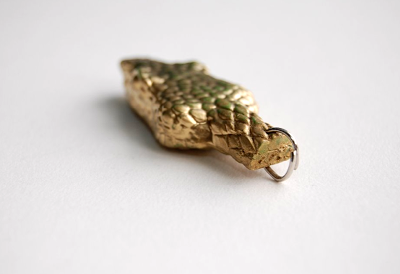 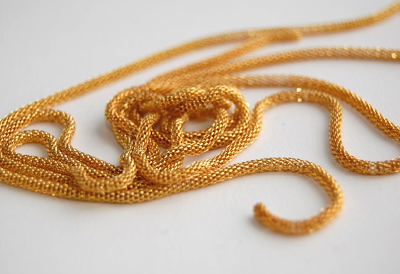 Closeup of the snake chain. 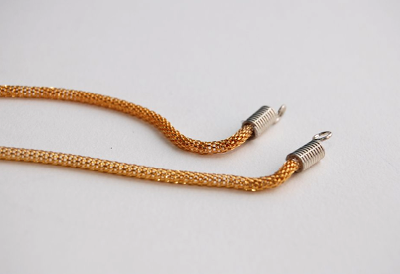 7) Insert the chain through the jump ring on the tail. Take the ends of the chain and glue into the coiled crimps. (I didn’t have any gold crimps, but I had some silver ones on hand – however, whether or not you want them to match is totally up to you.) 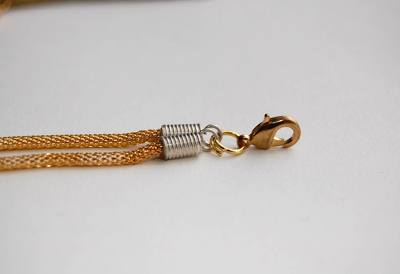 8) Attach to the jewelry clasp with a jump ring. 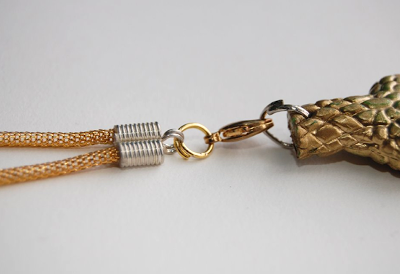 9) Hook onto the jump ring in the head. 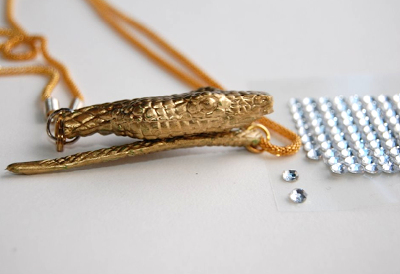 10) Glue the bottom of the head to the top of the tail. And if you’d like, glue rhinestones to the eyes.

EDIT: A reader commented on the Facebook page suggesting red rhinestones for the eyes, which would be pretty cool. I do have some colored rhinestones, but they’re all way too big for the eyes. I also then realized that rhinestones along the top of the head would look pretty sweet. I think I might do that to mine!

I don’t even own any snake jewelry, but I love this DIY because of the materials, more so than the actual concept. It uses something completely random and unexpected (and maybe slightly strange). As I said on Twitter and Facebook – when I uploaded a cell phone shot of the rubber snake & scissors – I really pushed the crazy button with this one. But it was totally worth it, in my opinion 😉

I also want to say thank you (x 100000) to everyone who said congratulations on the About.com job and/or the CNN feature! I tried to thank everyone individually, but there’s been so many comments and tweets, I may have missed a few. But you know that I totally appreciate the support; I’m really excited for everything.