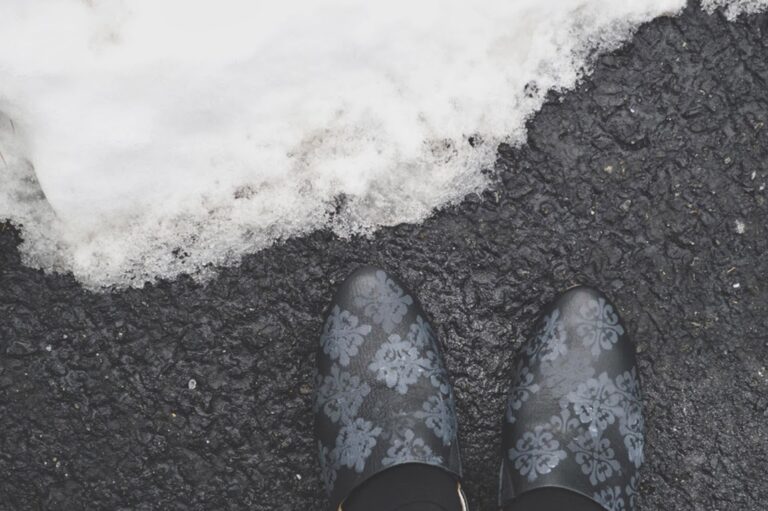 If there’s anything I love about DIY, it’s being able to take an idea from one project and adapt it for another. Last December, I altered a thrifted Club Monaco leather jacket with some filigree glass stencils and off-black paint (click here for the project!). This time around, I used the same method on a pair of black BC Footwear flats (Take a Bow). The end result? A rad pair of one-of-a-kind shoes. Check out how I made them, right this way — 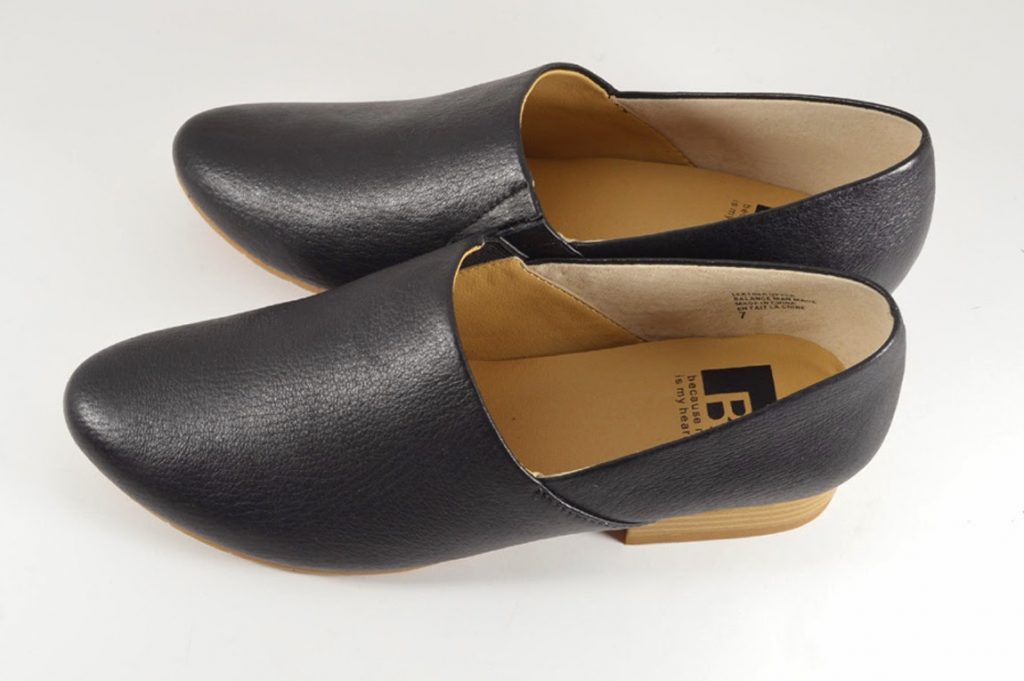 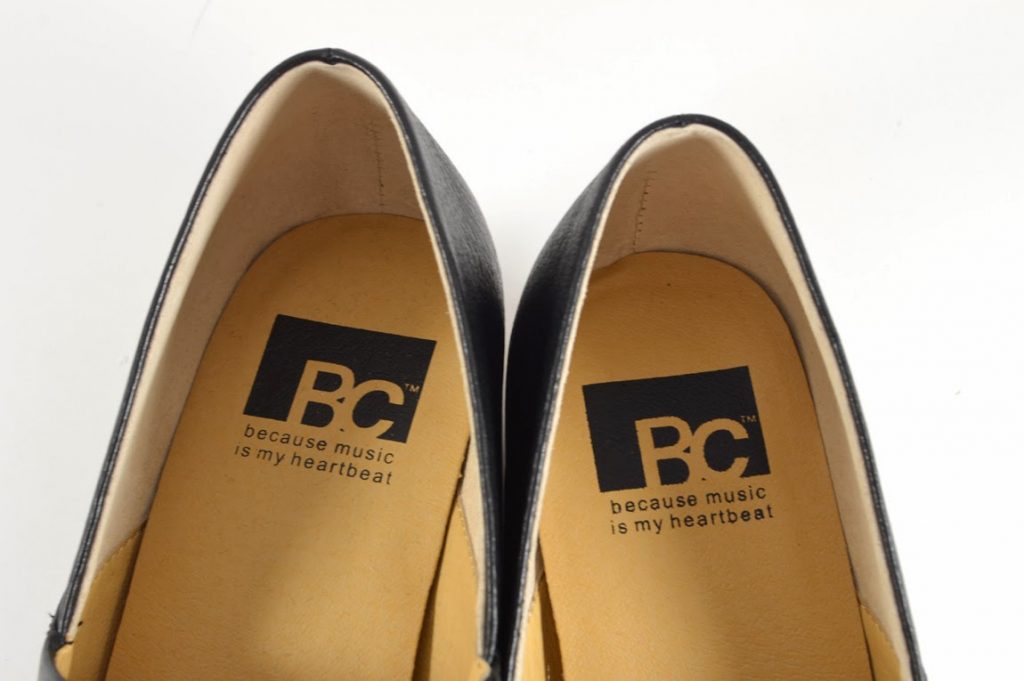 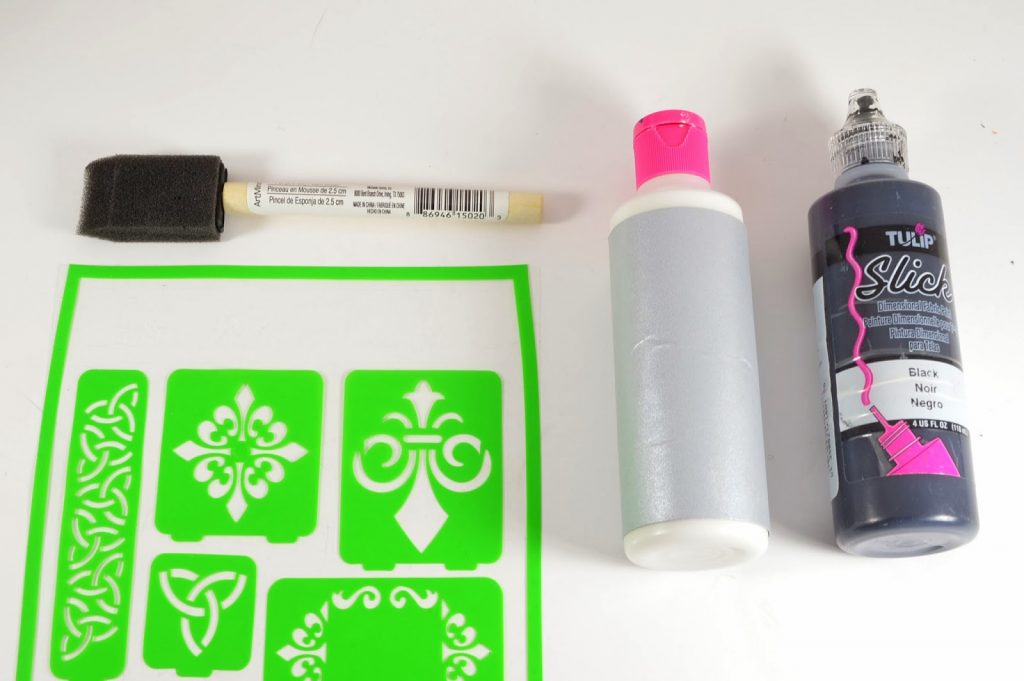 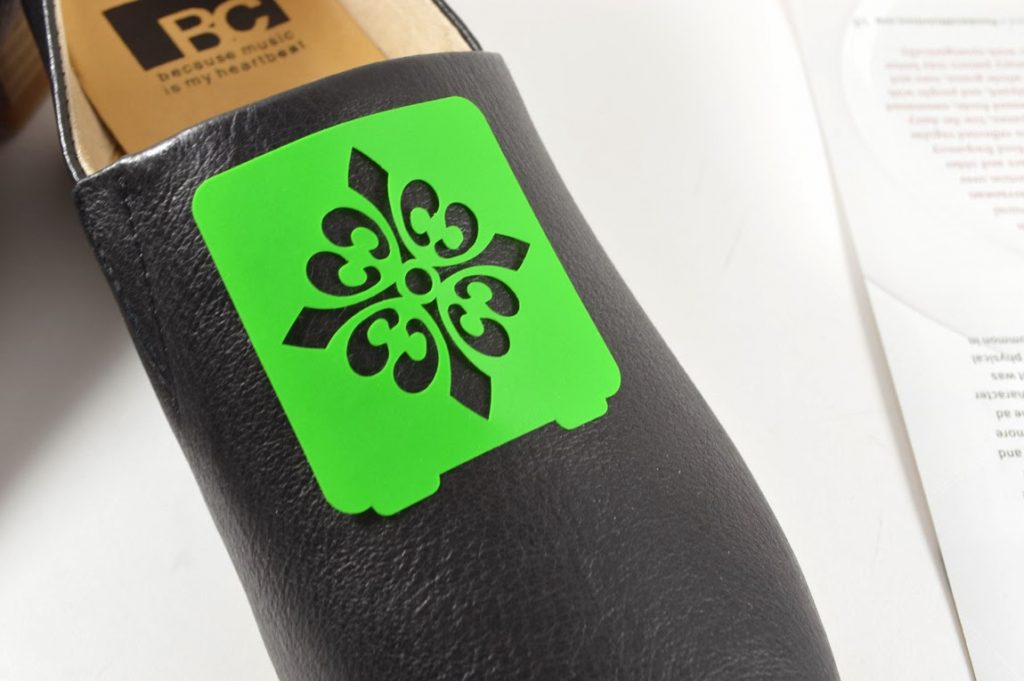 1) I chose a random spot, and placed the stencil on it. Glass stencils have cling backs and are bend-able, so it contoured to the curve of the shoe. 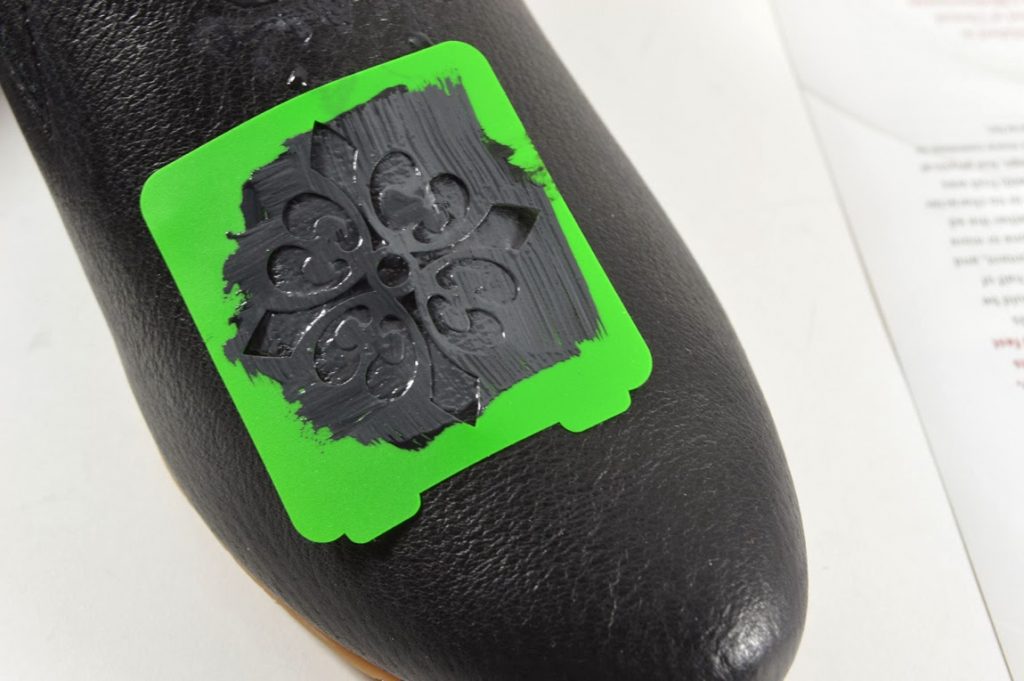 2) I mixed up some black and white paint (mostly black + just a little white, to make an off-black) and applied over the stencil with the foam brush. 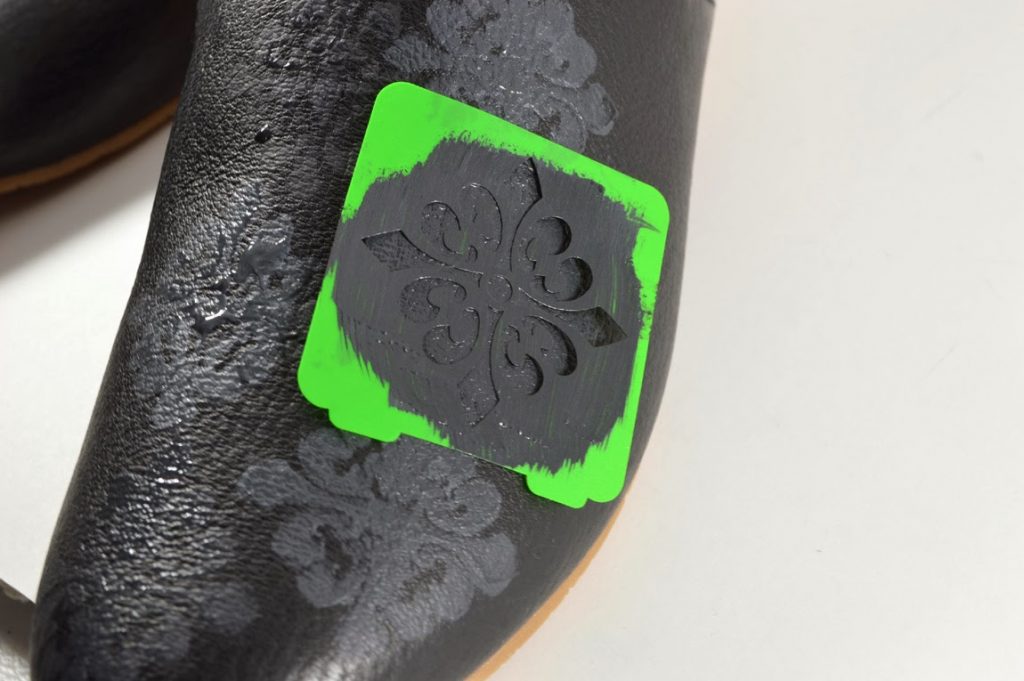 3) I simply repeated this all over the shoe, sometimes adding more white paint, sometimes adding in more black. The nature of this project isn’t very structured, so don’t think too much about it! The pattern doesn’t have to be perfect every time, either. The finished look will be a bit distressed and off beat. 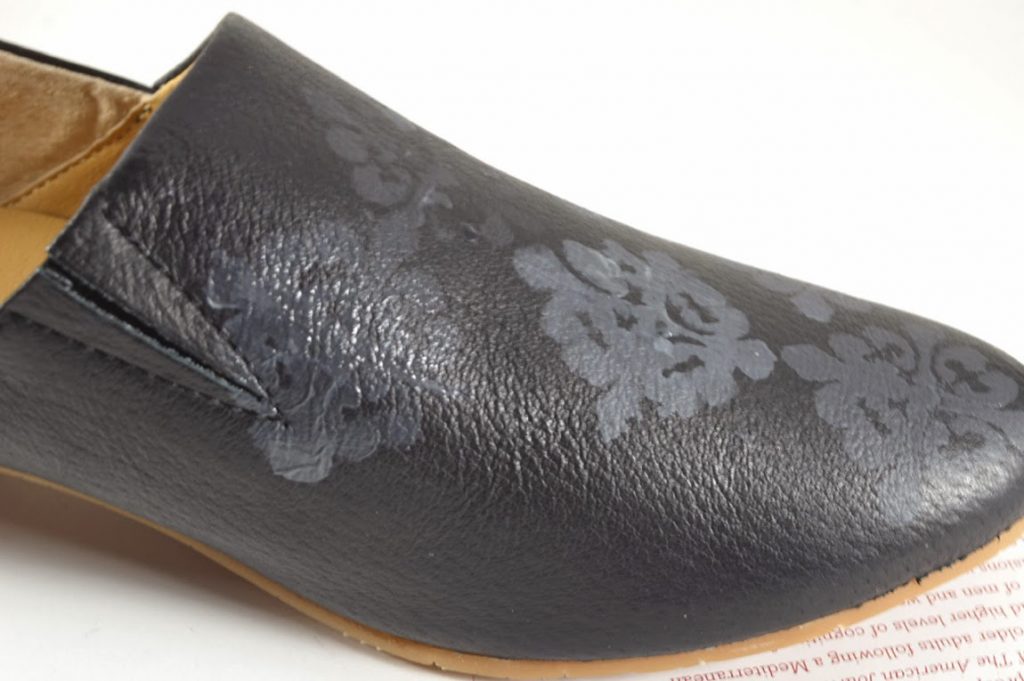 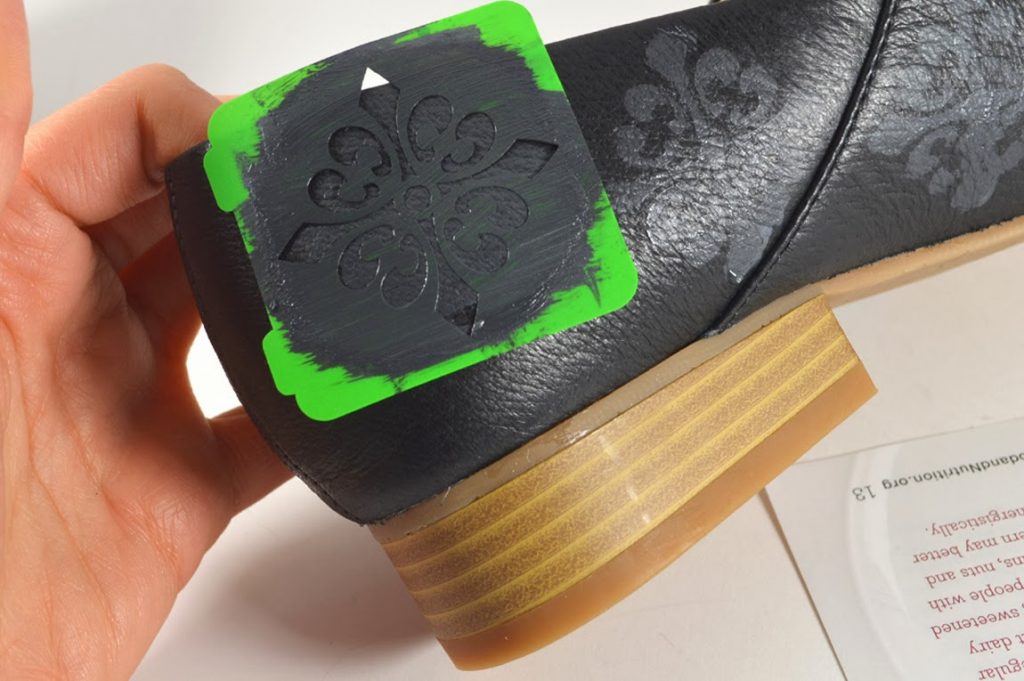 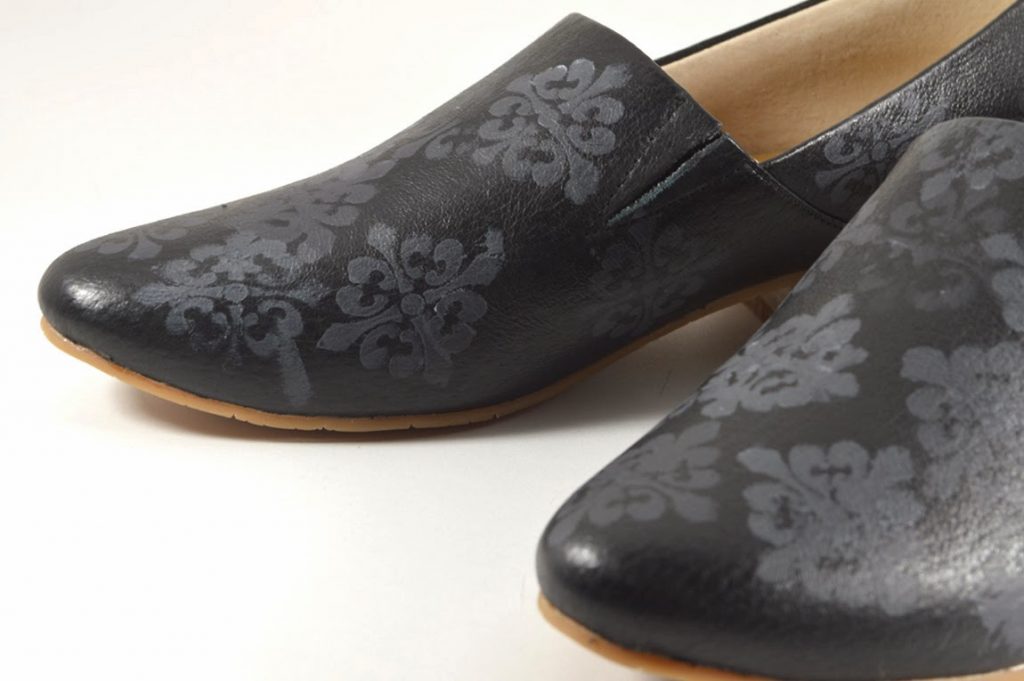 5) After repeating on the second shoe, I let them dry completely. 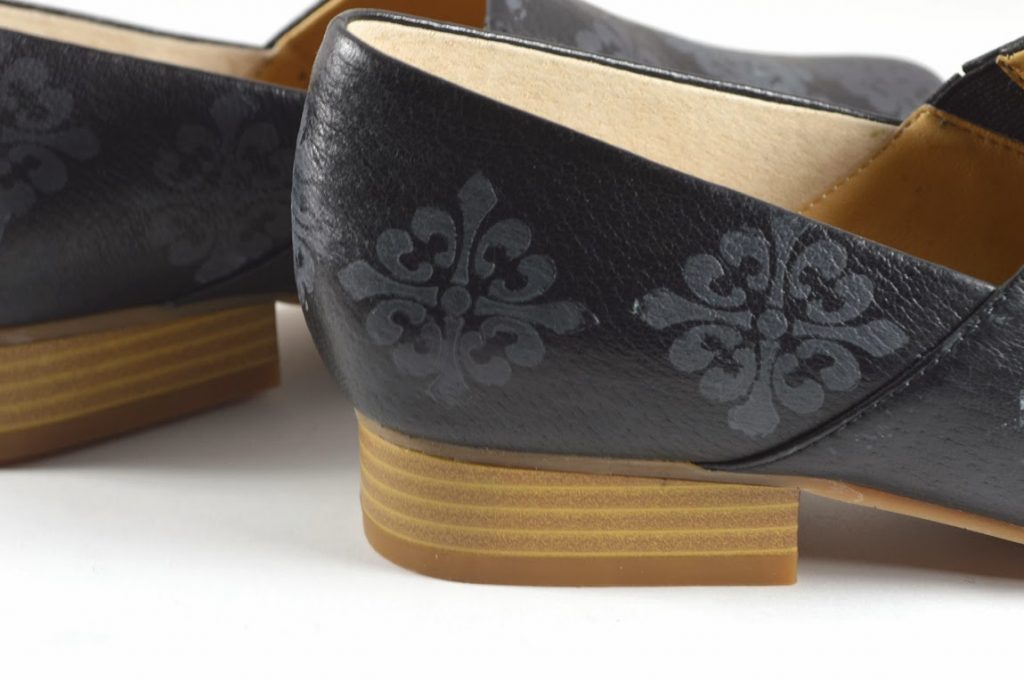 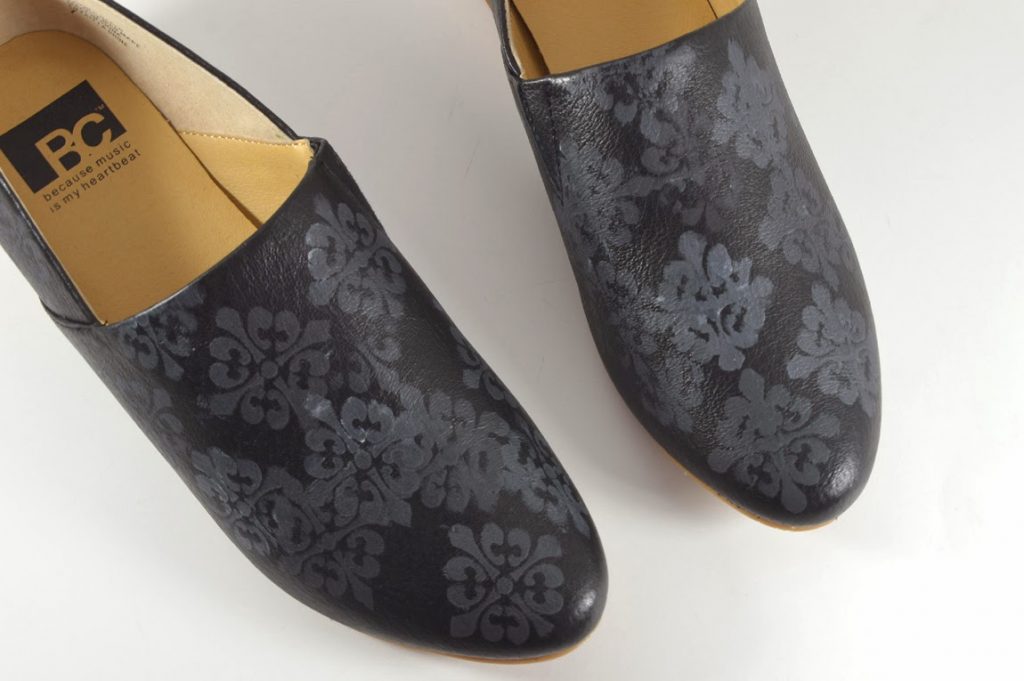 Don’t be scared to add the pattern on top of itself. I personally think it creates an edgy, interesting vibe. 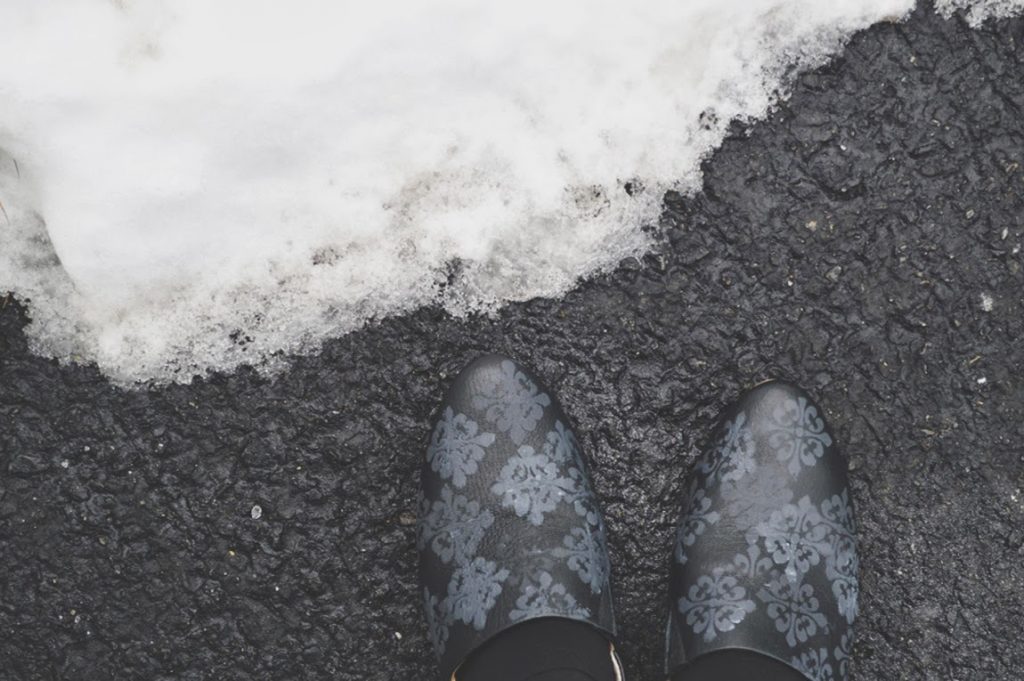 FTC Disclaimer:
BC Footwear Take a Bow Flats were provided by BC Footwear for DIY consideration. All thoughts and comments are my own. Thank you, BC Footwear!