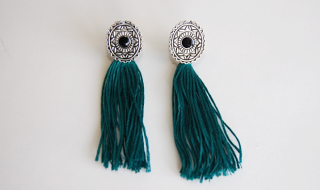 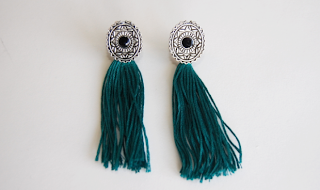 I only really go with trends if I like them – as I think anyone should do! – you like what you like, you don’t like what you don’t like. Tassels seem to be one of those trends that seem to be loved by many, especially in the form of jewely. I happen to like this trend but I haven’t done a tassel project on S&P…until I realized that a skein of embroidery thread could easily be made into a pair of tassels, for a fraction of the cost. Depending on the type of thread you buy, they may not “flow” the same way as store bought tassels, but they are more or less the same idea.

Let’s say a pair of tassels costs about $3 (USD). A skein of embroidery thread is about 33 cents. AND you can even make multicolored tassels. This DIY is for a pair of clip-on tassel earings, but I list a few other options afterwards. 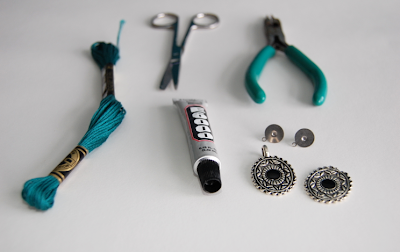 – One full skein of embroidery thread

I chose a jewel tone turquoise (my favorite color, if you couldn’t tell) and two silver oval charms. 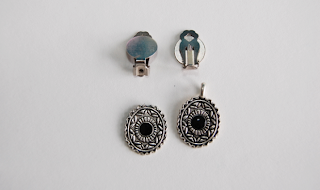 After I took the first picture, I decided I wanted to use clip on earrings; the pads were big enough for the charms I chose. I also removed the hoops from the charms – which can be seen on the left charm – by simply twisting them off with pliers. 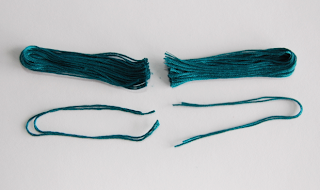 1) Cut the skein of embroidery thread in half. Take two threads out of each half… 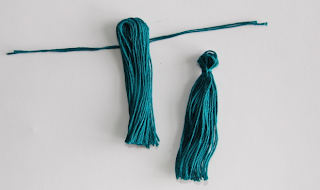 2) …and tightly tie them at the ends so that a loop forms. Instant tassels. 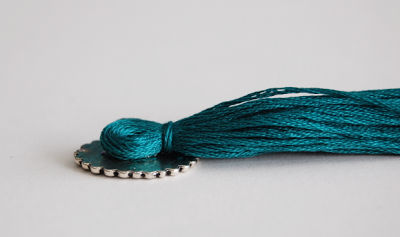 3) Glue the tassels to the back of the charms/buttons. Be careful not to use too much glue and as always, use in a well-ventilated space. 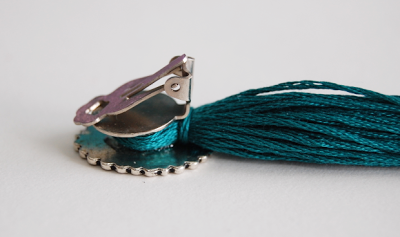 4) Glue on the earring blanks. 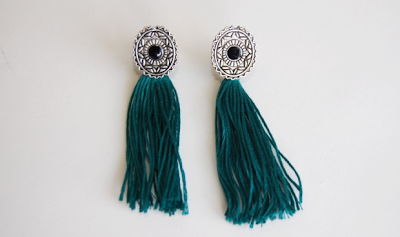 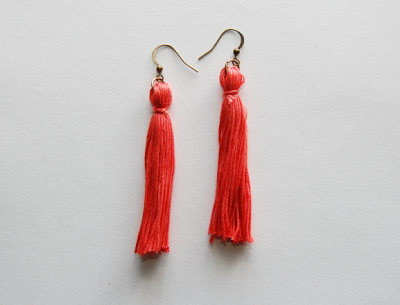 If clip-ons aren’t your thing, you can easily attach the tassels to earring hooks with large jump rings. I love this coral color – a great summer shade. 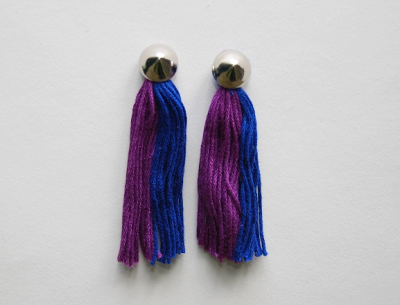 You can take half of two different colored skeins of thread (or 1/3 of 3!) and combine them to make your own multicolored tassels. For these blue and purple earrings: I placed some glue in the back of a silver cone stud, inserted the top of the tassel in them and bent the prongs in with jewelry pliers. I also ended up using the silver blank earring studs seen in the very first picture of this post. I’m hoping to find some nice, slightly metallic black and white thread to make a classic version of these.